More than 400 days without a hard drive crash 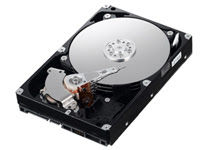 425 days today, to be more precise. I experienced three hard drive crashes in 2005 (one Seagate, one Maxtor, and one Hitachi), two crashes in 2006 (one Maxtor and one Hitachi), and... absolutely no crash in 2007 (so far). It's quite surprising, because I'm a "storage junkie": I currently have four internal drives, mounted as a RAID-5 array, and four external drives, for a total of 3.5 TB of data (a bit more than 2 TB, if you don't take redundant data into account). So what's happening? Is it pure luck or are hard drives getting more reliable? Was last summer colder than previous summers? Well, it could be a valid explanation, as it appears that, according to meteosuisse.ch, the three hottest months of the year (i.e. June, July, and August) were noticeably colder this year than in 2005 and 2006 (more than 1 °C less on average). Actually, I'm pretty sure it probably has more to do with luck than anything else, but you never know... Anyway, at the moment, I'm feeling like these Linux geeks who proudly look at their ever-increasing uptime. Next step: 500 days without any crash!